The Insecure Writer’s Support Group is a platform for all writers where we get a chance to release our fears to the world – or offer encouragement to those who are feeling neurotic. The group posts the first Wednesday of every month. You are encouraged to visit at least a dozen new blogs and leave a comment. Your words might be the encouragement someone needs.

The co-hosts for today are Krista McLaughlin, Kim Van Sickler, Heather Gardner, and Hart Johnson Be sure to pay them a visit and thank them for helping today.

There's a conspiracy afoot. Lots of writers have fallen prey to this. It involves a certain misconception. All along, writers have been laying the blame for writer's block on the blank page. The poor blank page has been at the receiving end of this criticism for ages….

But now new information has come to light. Recent research has revealed that the REAL culprit is none other than…

BEWARE OF THE EVIL PENCILS… THEY'RE OUT TO GET YOU!

Welcome to… the next stage of literary evolution! 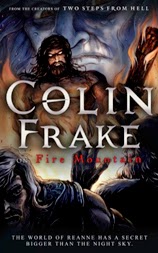 The top 3 cinematic winners, chosen by TSFH, will be featured in Epic Music Vn’s 2-year celebration tribute video and awarded copies of the Colin Frake ebook and soundtrack, as well as signed cover artwork! The overall favorite will also receive a signed future public release album!

This is hosted by Samantha Redstreake Geary and Epic Music Vn