So today is the day!

Hi ho and merry oh, a-roasting we will go!! 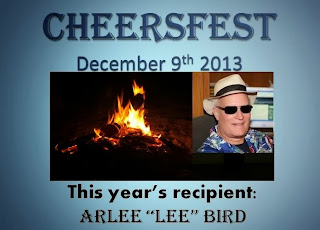 Thank you to the hosts of this bloghop. They are Mark Koopmans, David Powers King, Stephen Tremp, Morgan Shamy and our Ninja Captain, Alex Cavanaugh. The 2013 recipient as you know is  Arlee Bird.

The oven has been prepared… the temperature is perfect… let's pop the bird in. LOL

Why did Lee come up with the A to Z Challenge?

A Bored Child Dreamed Every Fortnight. Great Hallucinatory Intense Jam-packed visions in which Krazy Letters Marched Non-stop… Onwards… in a Playful Quest ————————– then he woke up!

If someone dreams about being a juggler, what does it mean?

I have no idea and suggest you consult Sigmund Freud for help with this answer.

Is a post by Mr. Bird worth two in the bush?

Mmm, let me see… okay, here's my thoughts. Kill two birds with one stone. How? Get Mr. Bird eating out of your hand, plus the two in the bush and then you have three birds. Keep the one that is worth the value of two, which one would that be? You decide. Does that make sense? No? I thought as much… (Well, what do you expect when you ask an obscure question? LOL. It had my brains in a knot. By the way, the shortened version of this answer – yes)

Who could play Lee in a documentary? (Living or dead)

I have no idea. How about a combination of Larry Hagman/Sean Connery/John Cleese?

You may well have heard

That a certain type of bird

Caused a stir, quite a racket

In a chic brown suede jacket

Tossing things here and there

Spinning round in the air

Twirling objects round and round

That never fell to the ground

Tossing letters to and fro

Juggling 5 blogs in a row

Filled with memoirs and dreams

And a challenge of extremes

For Bonus Points: in approximately 40 words, can you come up with a caption for Lee's Facebook picture? 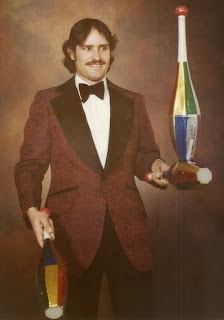