I've snagged a ticket to the one-off Oprah Show which is taking place on 14 October!

JULIE MORGENSTERN who is dubbed the "queen of putting people's lives in order" by USA Today, a professional organizer, productivity consultant, speaker, author, and media personality

ARIANE DE BONVOISON who is a writer, speaker and change optimist who has been a competitive swimmer and a runner in a series of marathons and triathlons, a management consultant, worked in the music business, in the internet world, she's been a venture capitalist and worked for a non-profit, worked on TV… in Europe, Africa, Asia and the US She is the author of a book entitled: The First 30 Days: Your Guide To Making Any Change Easier, published by Harper Collins in 2008. It has been translated into several languages and reached the bestsellers list on Amazon and Barnes&Noble.

And then there's Oprah Winfrey herself!

And an AMAZING line-up of sponsors who are going to (hopefully) give away some amazing gifts/vouchers etc.(fingers crossed)

The show is interactive, and time is set aside for book signings and chatting to guest speakers etc.

This sweet announcement is part of the weekly hop hosted by Viklit over at Scribblings Of An Aspiring Author.

In other news, on Wednesday the IWSG site was launched. It was an instant hit! Thank you to our Ninja Captain, the brains behind this writerly platform.

I am excited and honoured to be a part of such an awesome initiative. Thank you Alex.

I've been submitting my flash fiction pieces to various e-zines, and within the last few weeks, I received…

wait for it… 8 rejections!

competition, which was hosted by Christine Rains and Cecilia Roberts. Can you believe it? What do I really know about wriiting romance? Sweet nothing. Oh, I've read enough romance novels but I've never written a romantic scene in my entire life!! Never mind a kissing scene… Imagine that, these two ladies, who are the queens of romance writing placed me second!? I'm still trying to figure it out myself…

If you missed it, then you can read my entry here

And now for some more exciting news! 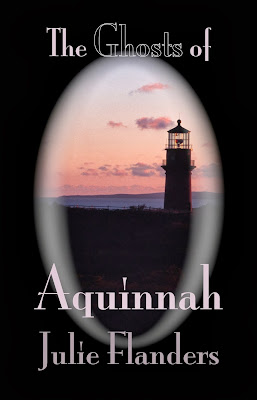 A brilliant flash of light transcends through time.

Another freezes a cloaked figure within a frame of salty mist as waves crash against a rocky shore. Her harrowing expression shadows the beacon to a pinprick.

By the next blaze, she is gone. Only the lighthouse remains.

Hannah’s eyes blink in step with each heartbeat. Images of her deceased parents and Martha’s Vineyard explode like firecrackers inside her mind.

She shakes her head.

For weeks this eerie woman dressed in nineteenth century garb has been haunting my webcam, but tonight she stared into my soul.

Casting aside months of research on historic lighthouses, Hannah drives to the coast and boards a ferry.

What is the strange connection she has to this mysterious woman suspended in time?

But, it’s not at all what she expects … 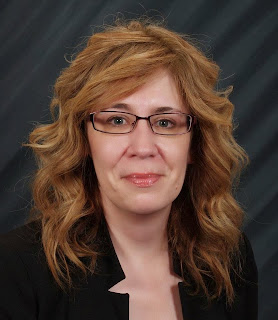 Julie Flanders is a novelist and freelance writer in Cincinnati, Ohio. She has a life-long love affair with the ocean and has spent more summer vacations than she can count on the island of Martha’s Vineyard. When not writing, Julie can be found reading, cheering on her favorite sports teams, and watching too much television. She is an animal lover and shares her home with her dog and cat.

And onto more exciting news…

The talented Nick Wilford has started his online editing business.

Here's what Nick has to say about his new venture ————

With the unstoppable rise of self-publishing, it’s easier than ever to put your words and stories out there in the world. This is a great thing, and I’m all for it. However, it’s not just about the story – although of course, that is the most important part – but the way it’s presented. After spending months or years on a novel, building an incredible world and honing your characters and storylines to perfection, the last thing you want is to be let down by a lack of editing. It’s just as important as an arresting cover image.
Nick Wilford, Freelance Editor is a one-stop shop for affordable editing, proofreading and formatting services. With professional training and ten years of experience as a journalist and editor, the time has come to transfer these skills in order to help out the fellow authors I have come to love.
But it doesn’t stop there. I’m ready to edit anything; from a crucial term paper, to memoirs and other non-fiction books, short stories, articles or job application letters. Let me put that finishing touch on your masterpiece.
Feel free to take a look at my website for further details of my services and prices.
Bio
Nick Wilford is a writer, freelance editor and stay-at-home dad. Fascinated by words from a young age, he trained as a journalist before embracing the calling of fiction. When not writing he can usually be found spending time with his family or cleaning something. He has four short stories published in Writer’s Muse magazine. Nick is also co-running a campaign to get a dedicated specialist college built in Scotland.
Links
Blog
Facebook
Twitter
Goodreads
LinkedIn
Later on, there will be a special announcement with regards to the IWSG Facebook page… so be sure to check in again…
Enjoy your weekend!
Share on Facebook Share
Share on TwitterTweet
Share on Pinterest Share
Share on LinkedIn Share
Share on Digg Share
Posted in Fellow Writers Share and tagged book release, celebrate-the-small-things
← The Insecure Writer’s Support Group ~ No#22A Moonless Affair + IWSG Update + Codes In Chalk →