It seems like the entire writerly blogosphere is in NaNo mode…whether you are participating or just cheering everybody on from the sidelines!

I’ve even added to my mantra. It now goes something like this:

Thanks to Melissa Maygrove for the third part. So while we’re on a roll, anybody want to add more? Feel free to play along in the comment section…

The Insecure Writer’s Support Group Critique Circle has taken off! The Critique Circle is fairly new. The basic aim of the group is to put writers who want to exchange critiques and find beta readers, in touch with each other.
At the moment, there’s a discussion going on over at the IWSGCC (pinned post at the top) where members have been exchanging thoughts/ideas, and this will help to shape the group, on the way forward. Are you a member of the group. Sign up to join in the conversation, and be a part of this awesome venture, as the group moves to the next level.
Remember:
The IWSGCC wants those NaNoWriMo manuscripts!  😆 😆 😆

Thank you to everybody who played along for the previous word. The real meaning of the word  Hebesphalmology is – the study of juvenile delinquency. http://www.kokogiak.com/logolepsy/ow_h.html#hebesphalmology. The definition that captured my imagination was posted by Southpaw, who explained it as follows: the blood of the Greek goddess used to cure toe fungus. Congratulations, Holly. That’s a gold mine waiting to be discovered. Imagine the impact on podiatric medicine? LOL

The prototype for a highly advanced, futuristic networking system that will link more than 50 social media platforms to a central point. 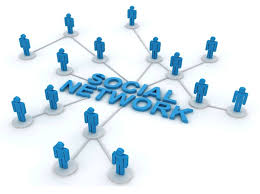 So are you adding to my NaNoWriMo Mantra? Joining the IWSGCC ? Playing along with my Whacky Words?

There are TONS of prizes up for grabs. I’ve been on such a roll over the last few weeks. I won 11 e-books and a $50 Amazon gift card. So now I’m headed to the Realms Faire to see if I can continue the winning streak… See you there!