Back in September, the lovely Sittie Cates who blogs at The Musings Of A Hopeful & Pecunious Wordsmith as well as Sittie Cates Loves Stories, tagged me in the delightful Seven Deadly Sins Tag.

It’s the LITERARY SEVEN DEADLY SINS! That got your attention. 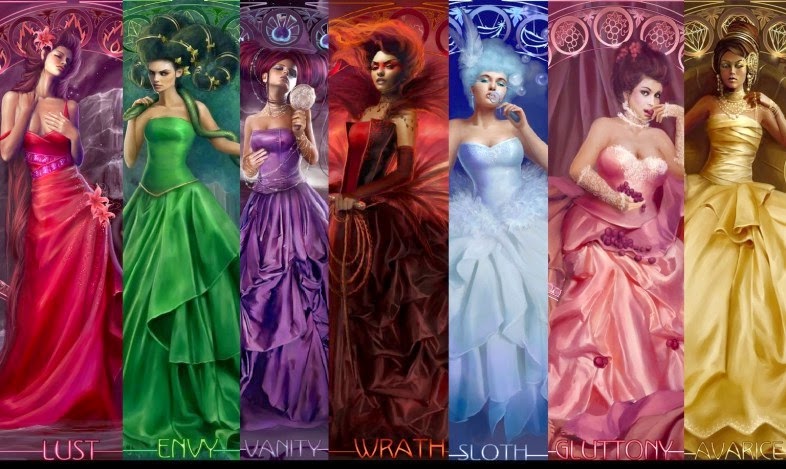 The questions and answers are as follows:

Greed – What is your most inexpensive book?

In the “payment department” that would be The Alchemist by Paulo Coelho. I bought it at the new and used bookstore around the corner from my previous house. It cost R25 (twenty five rands) which is equivalent to plus/minus $2.28.

In the “non-payment department” it would be the 3 e-books I won recently: – Snip, Snip Revenge by Medeia Sharif; Effigy by M.J. Fifield; Seven For A Secret by Rumer Haven. Thank you to these authors!

Wrath – Who’s the author with whom you have a love/hate relationship with?

Gluttony – What book have you devoured over and over again with no shame?

There are too many books waiting to be read, so there’s no time really, to read one book over and over. Having said that, I DO want to read The Book Thief again.

Oh, and I LOVE reading Dr. Seuss’ stories. If somebody employed me to read his stories to kiddies, I’d grab the chance. I’d have NO PROBLEM reading those over and over again!

As a teacher, I’ve read The Pearl and Lord Of The Flies many times, not by choice though…they were prescribed English setworks.

Sloth – Which book have you neglected reading due to laziness?

Any book by Neil Gaiman or Isaac Asimov. Never read these authors before…

Pride – What books do you talk about most in order to sound like an intellectual reader?

I have no desire to sound like an intellectual reader…(though I think I’m missing the point of this question…?)

Lust – What attributes do you find attractive in a male or female character?

How do you capture the quirkiness of Johnny Depp; the timelessness of Richard Gere; the dangerous allure of Jason Statham; wrap it up in a single package and transfer it to one character on the page? Is that possible? Let me know…

Or maybe James Bond? He ticks all the boxes, doesn’t he? Cars, cocktails & guns…

The female would possibly be Bathsheba Everdene… she’s a “handfull”, independent and does things her own way…and manages three potential suitors?

Envy – What book would you like to receive most as a gift?

I was told that there is no limit to the people you want to tag for THE SEVEN DEADLY SINS TAG. So, I’ve decided to tag…

Jen Chandler from The Cup & Page,  Elise Fallson, Tara Robinson from TaraTylerTalks, Trisha Farnan from Word & Stuff, Crystal Collier, and Krystal from  The Narcissistic Rose.
(I know that everybody is super-busy, so if you decide not to play along, then that’s fine)

Thank you to everybody who played along for the previous word. The real meaning of the word Gewgaws is – a small thing that has little value. http://www.merriam-webster.com/dictionary/gewgaw. The definition that captured my imagination was posted by Carol Kilgore  who described it as: knots on a cave wall formed from petrified tree roots. All I could see were “terrified root stumps” complete with little peering eyes! LOL. Congratulations Carol!

The in-depth study of fear in all its various forms/states/intensities… as in, you’re giving me the heebie jeebies *shudder*

Alex J. Cavanaugh asked a very interesting question over at his place.

“Are authors and writers putting a damper on blogging? Are the constant book announcements, cover reveals, book releases, blog tours, and reviews drowning out interaction and interest?” What do you think? I love my blogging. It’s my first option, Facebook and Twitter following second and third (if I have time). But it does become difficult to come up with ideas for fresh content.

So now, I’m off to do some writing and then see if I have some time to hop around and visit some bloggers…