Thank you to everybody who played along for the previous word. The real meaning of the word Mournival is this: in the game of gleek, it’s four cards of the same value, such as four aces or four kings; hence, four of anything. http://www.thefreedictionary.com/Mournival

The definition that captured my attention was posted by… Joylene Nowell Butler. She defined it as follows: I’m guessing that a Mournival is what happens when a dumb schmuck falls in love with a girl called Val and won’t let go of the fact she’s not interested and keeps telling him over and over again, (iows: repeatedly) “Get lost, you dumb schmuck.” But hey–that’s not the worst of it. The family starts calling him the schmuck who’s stuck in Mournival. Bravo Joylene! *clapping* (and I hope you’ve since recovered from that ‘brain effort’)

This is the constant nitpicking, fault-finding attitude displayed by people who “mean well” and are always on hand to help, offer advice and lend support under the guise of  “constructive criticism”. 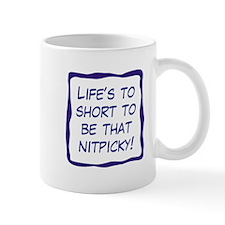 What is F-S-F all about: Five Sentence Fiction is about packing a powerful punch in a tiny fist. Each week the hostess will post a one word inspiration, then anyone wishing to participate will write a five sentence story based on the prompt word. The word does not have to appear in your five sentences, just use it for direction.

The derelict mansion had been ravaged by fire and then exposed to the elements.

Not a trace of its former grandeur remained.

Her journalistic instincts wondered about the stories trapped inside the dank and musty room; beneath the walls covered by black mould and under thick layers of ingrained dirt which smothered every surface, while a feeble ray of sunlight struggled to penetrate the dismal environment, via broken windows comprising jagged glass, crumbling frames and rusted wire mesh.

This assignment would be unlike any other.